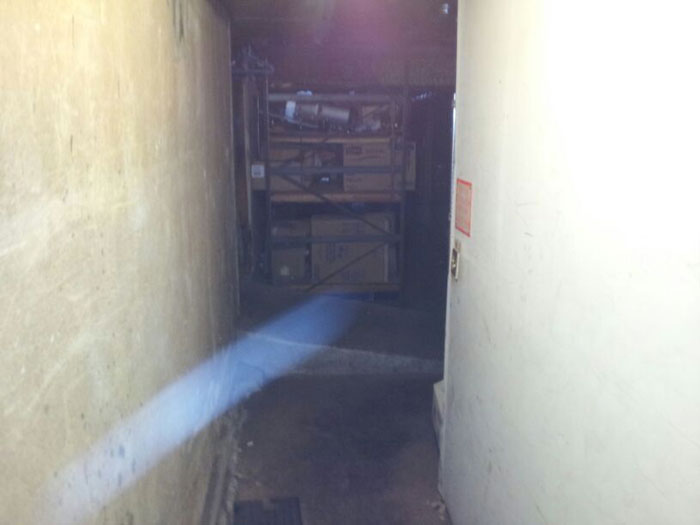 A streak of light photographed in the basement of Ryders' bar

In October, 2010, Lynn Ryder came to Karen for a reading. Among the things she asked about was the whereabouts of missing shot glasses in her bar. Karen used her ability to "remote view" to determine the location of those shot glasses which had been mysteriously disappearing from Lynn's tavern in Meriden. They were in the basement storage area of the bar.

Lynn confessed to Karen that there was a lot more going on at the tavern in Meriden and Karen engaged the services of Kurt Knapp and the Ghosts of New England Research Society to perform a full investigation. The team found evidence of considerable paranormal activity and Karen was brought in on the investigation to try to determine what, or who might be involved, using her abilities as a Medium.

After publishing their findings, the Ghosts of New England Research Society was contacted by New Dominion Pictures to be interviewed for an episode of "A Haunting" in June, 2012. The result of that interview aired in December, 2012 on the show.