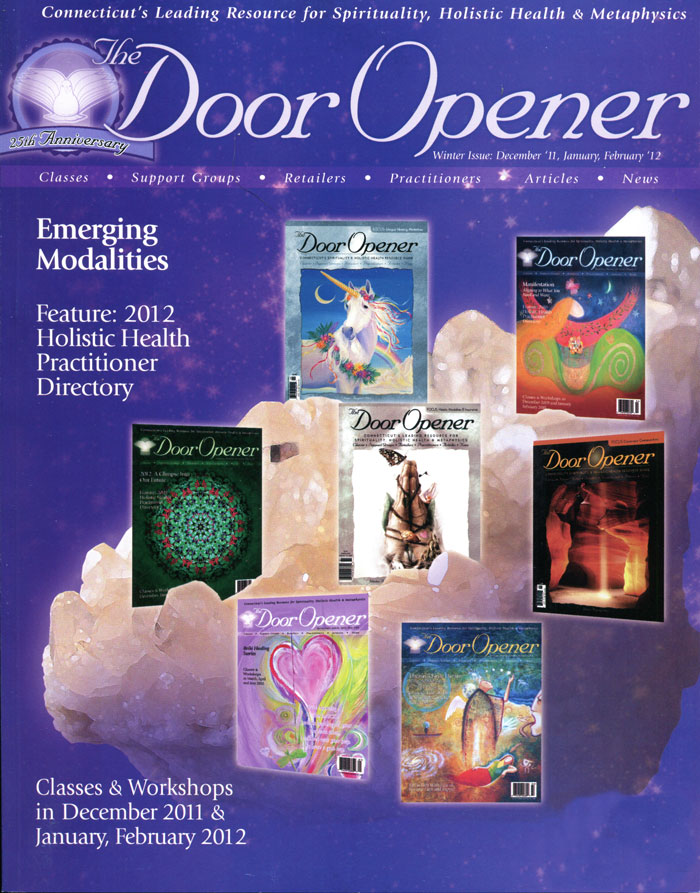 Dream Interpretation with The Tarot

Tapping the rich symbolism of the dream world is one of the royal roads to personal insight, healing and creativity. Whether it's your own dream, or a client's, it can be frustrating when a symbol or even the entirety of a dream eludes interpretation. Dream interpretation with the Tarot can bring about a deep understanding of a person, place or object that appears in dreams. New to my practice at Readings by Karen is Dream Interpretation with the Tarot, developed and taught to me by Rachel Pollack, esteemed Tarot scholar, author and Master Reader.

Dream Interpretation with the Tarot may be done with any Tarot deck that you, or your client, feel in synch with. To do this successfully, it is important that you are familiar with the meaning of the cards, regardless of the deck chosen. Tarot for dream interpretation is quite different from divinatory applications. The Tarot cards are used almost as prompts for triggering connections that help you understand what you experienced in the dream state. When you dream, your sub-conscious freely communicates with you about events or concerns that the "awake mind" better known as the "conscious mind" keeps at bay. In dreams, the mind/psyche communicates symbolically in 'scenes' that make it easier for you to cope with painful or uncomfortable memories, events or thoughts. It's not uncommon, when you are awake, to have difficulty making sense of symbolic dream imagery. Dream interpretation with the Tarot can provide great insight not only into the meaning of the dream but also about what action you might take (or not take) to fulfill your highest good.

Over a three-year period, Jane had a disturbing recurrent dream. In the dream, Jane experienced the same sequence of events: Walking in a garden, she met a gnomish man who was holding a giant Tarot card. He insists this card is not part of the original Deck that Jane knew. He pressures her to look at the card but Jane shields her eyes and runs from the gnome. He gets in front of her, insisting that she look at the card he was holding. When Jane cannot run away from the gnome she wakes up in a cold sweat, crying.

Scene 1. Jane was walking in a garden. 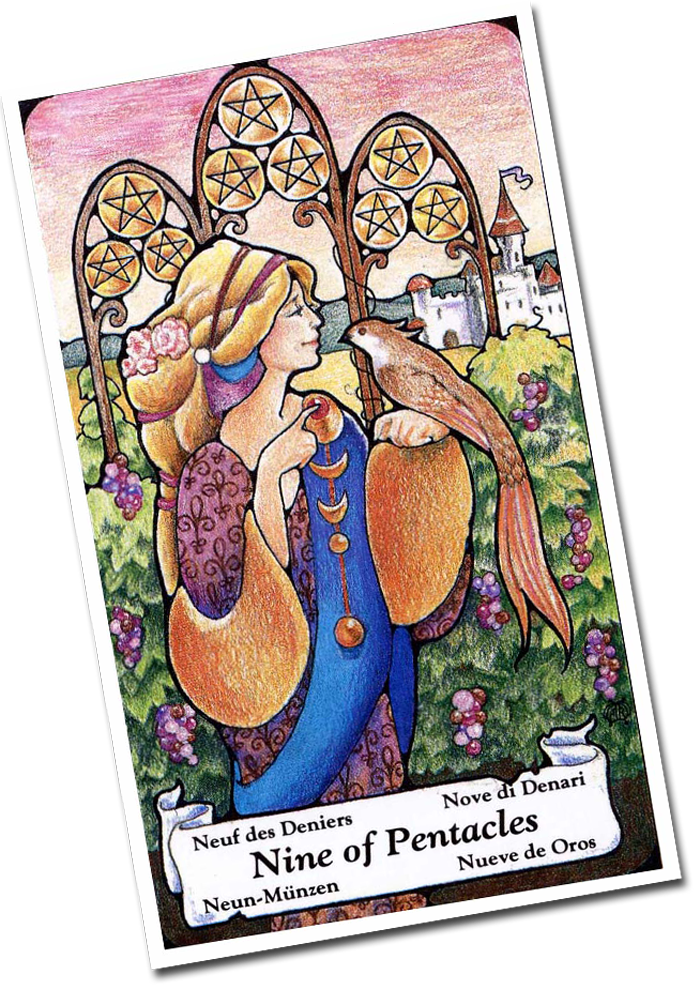 Interpretation: You are by yourself in your garden and you are okay both emotionally and financially.

Scene 2. The gnome starts to follow Jane and try to get in front of her with the Giant Tarot Card that is not in the deck. 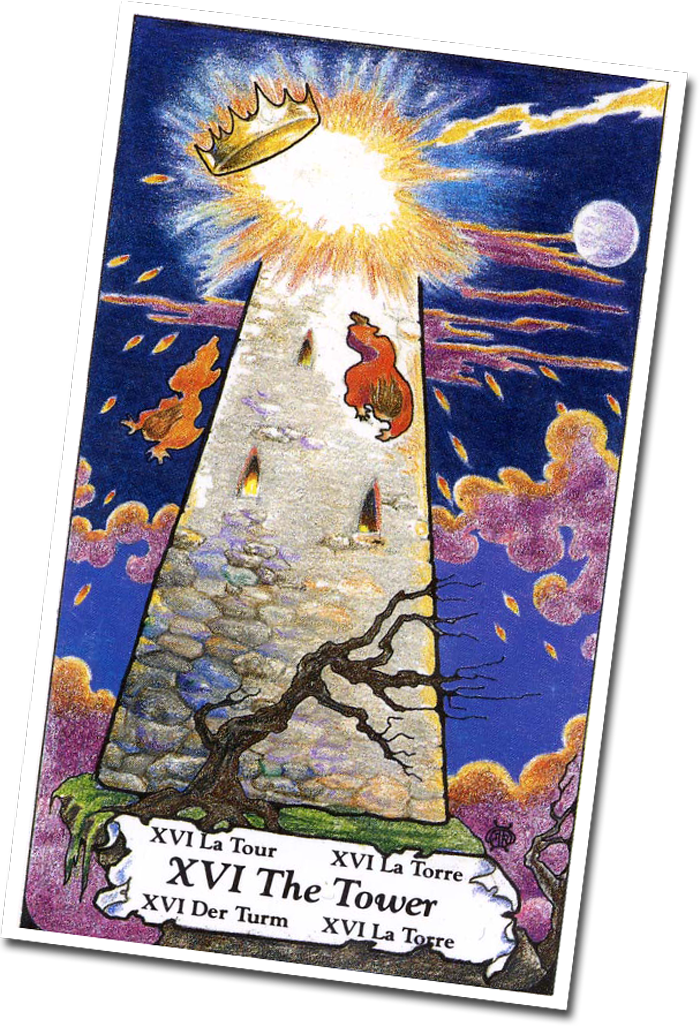 Interpretation: This card was pulled because there is no card that can be pulled that is not in the Tarot Deck, but the meaning is that Jane's perception of what she wanted as her reality would "blow up" if she confronted the gnome and his Giant Card.

Scene 3. The gnome continues to insist that Jane look at the card he is holding. 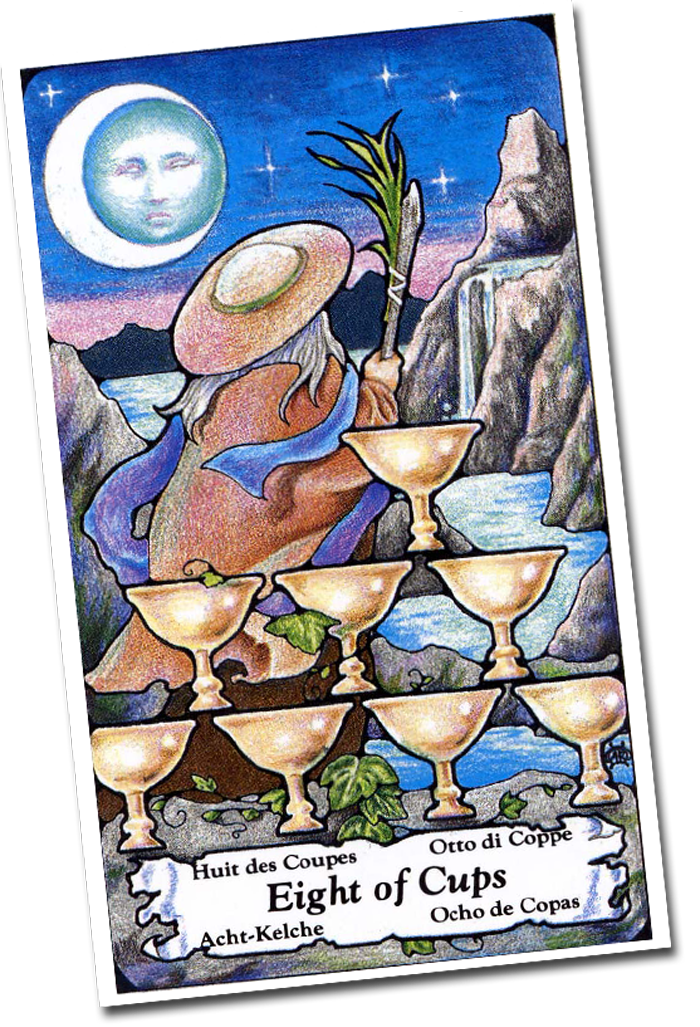 Interpretation - You are running away emotionally from something.

Scene 4. Jane continues to shield her eyes and refuse to see the gnome and his giant card. 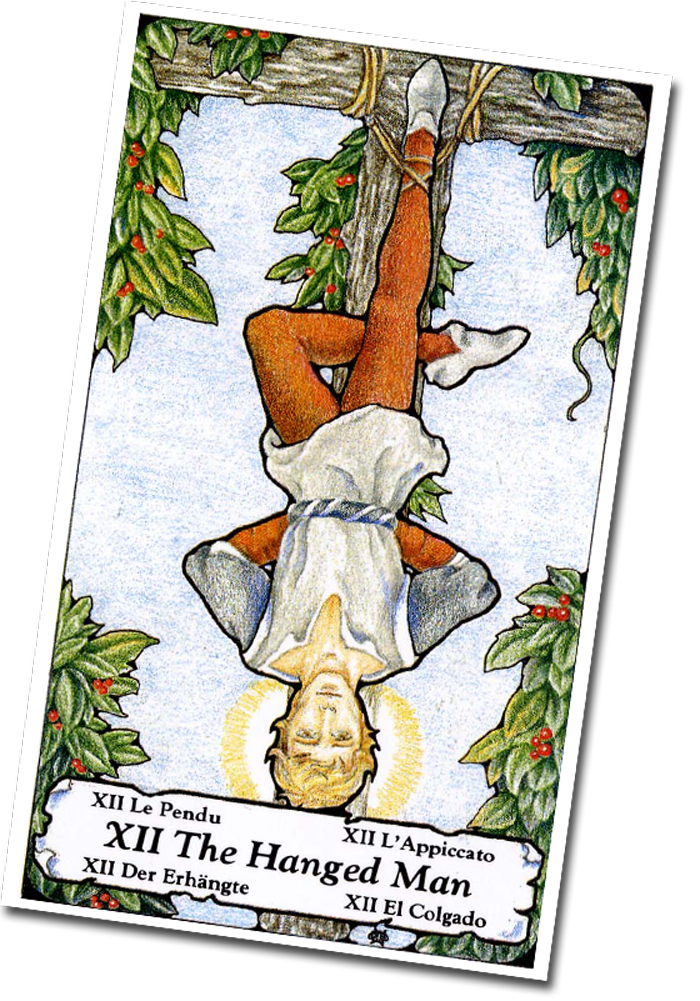 Interpretation - Remain still as you are being given spiritual guidance.

Scene 5. When Jane could no longer run away in her dream from the gnome she would wake up in a cold sweat crying. 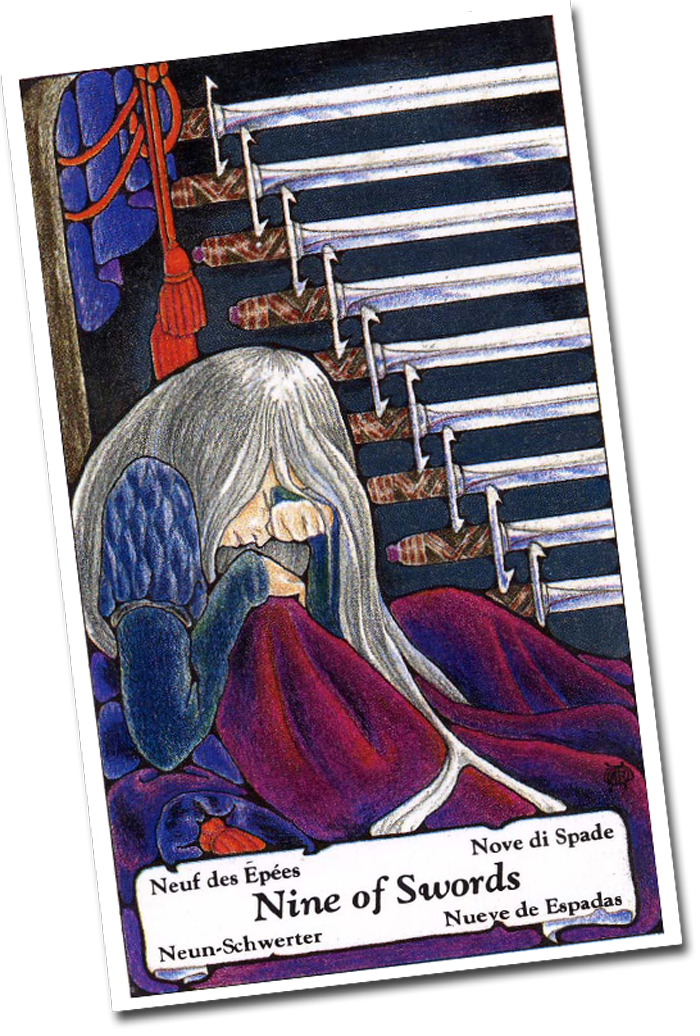 Interpretation- You are creating more upset by not being receptive to spiritual guidance.

Jane and I went over each card she had pulled as a part of her Dream Interpretation with Tarot session. I asked her questions to help her relate the Tarot Cards drawn with the dream imagery and circumstances occurring in her life. The intention here is to draw out of the client that which her subconscious mind already knows but her conscious mind is "guarding." Some of the questions I asked Jane: 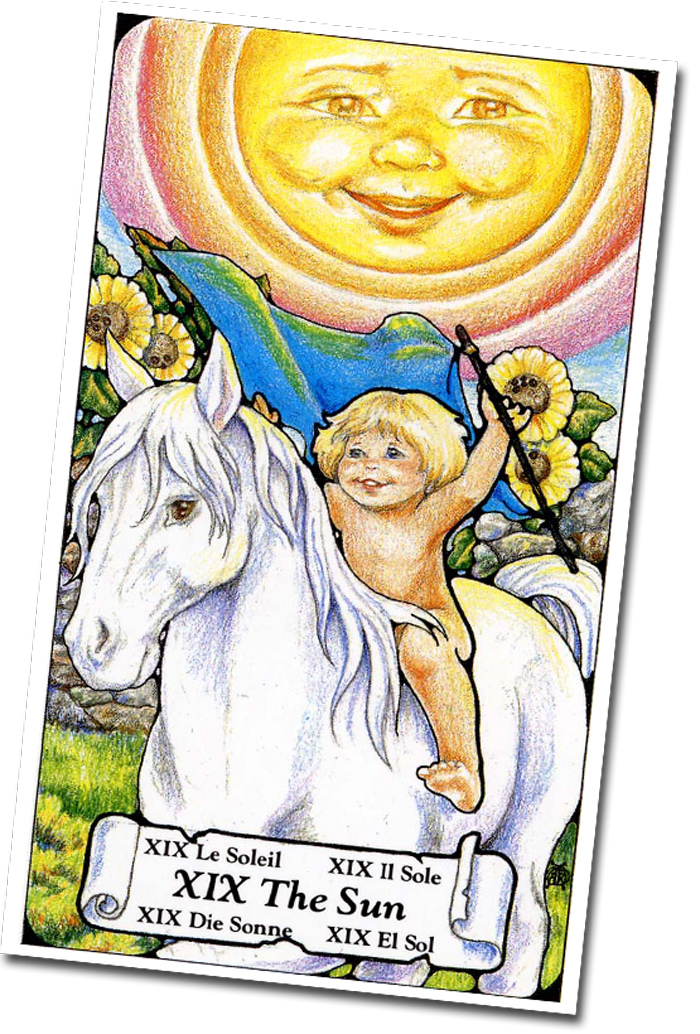 Jane went on to interpret the Hanged Man, and said, "Had I only looked at the gnome and his giant card, I would have received this spiritual knowledge three years ago and would not feel so stuck and miserable in the relationship with Dave that is going nowhere!" I get it now, Jane said, "I have been creating the 9 of swords in my life, by not seeing what was right in front of me!"

I asked Jane to pull a final card to see what her outcome would be now that she had interpreted what the Gnome had tried to impart to her all along. Jane pulled The Sun card! Hope and bright prospects for a happier future!

Karen Hollis is a clairaudient medium and professional intuitive with 25 years experience. She is a sought-after Master Tarot Reader whose clientele seek her out on the Internet from around the world. Karen is also Lead Psychic/Medium Investigator with Ghosts of New England Research Society a.k.a. G.O.N.E.R.S, The Dream Interpretation Method using the Tarot is taught in Karen's Beginner Tarot class.

For readings focusing on dream interpretation, please make this request when you book your appointment. Readings are by appointment, in person in her Newington, CT office or by telephone. Call 860-665-8024 between 9:00 AM and 7:00 PM Eastern Time.