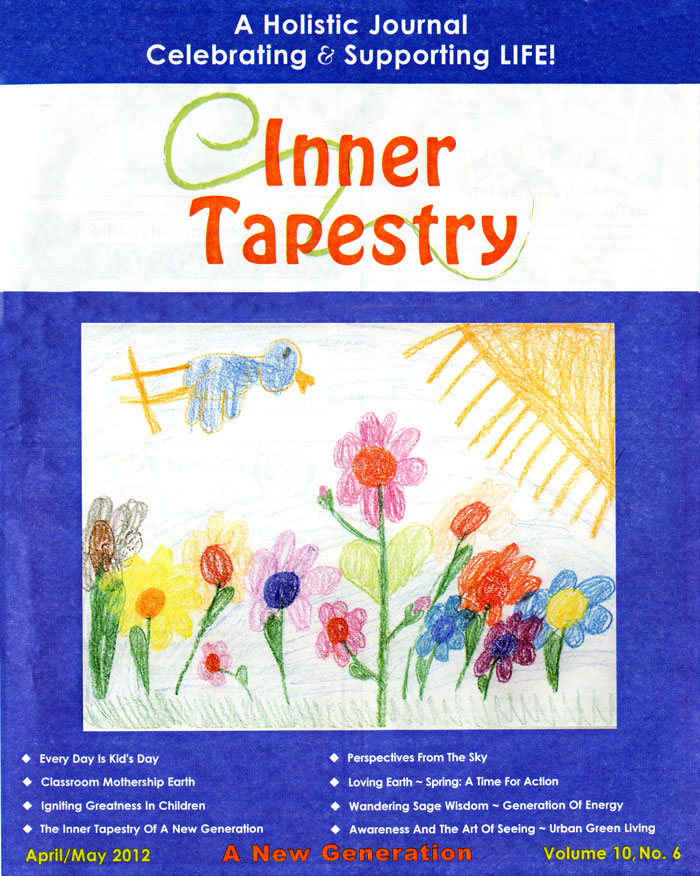 The Simply Deep Tarot, by Chanel Bayless, is a Art Nouveau deck that weaves both mythology and legend together in ways that will delight and expand the psychic senses. Readers will enjoy the stunning visual representation of classic Tarot imagery and characters resembling the Legends of Charlemagne. 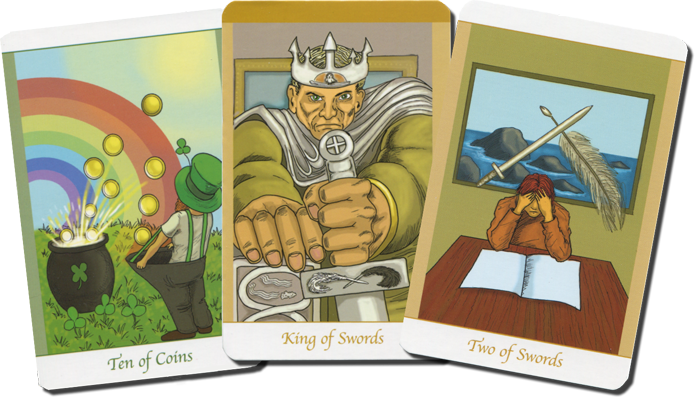 The whimsical leprechaun amuses on the Ten of Coins while the King of Swords, who looks like King Arthur and has a feathered pen on the hilt of the sword handle reminds the seeker that the "pen is mightier than the sword." 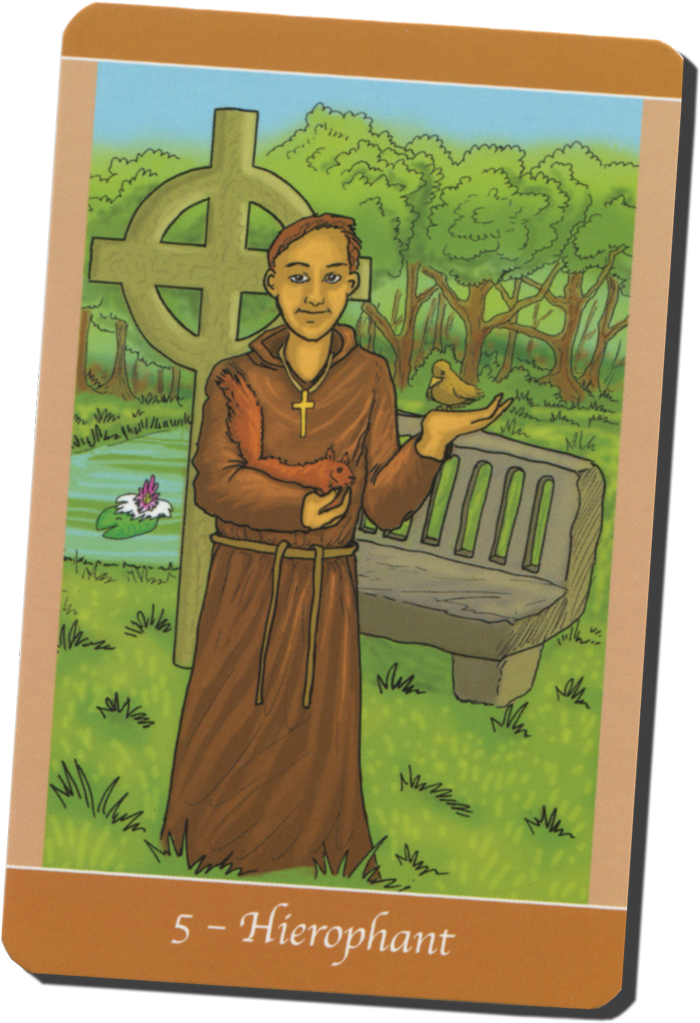 This theme continues on the Two of Swords where the reader encounters a figure deep in thought, no doubt trying to make an important decision while a pen and a sword are suspended above the head. 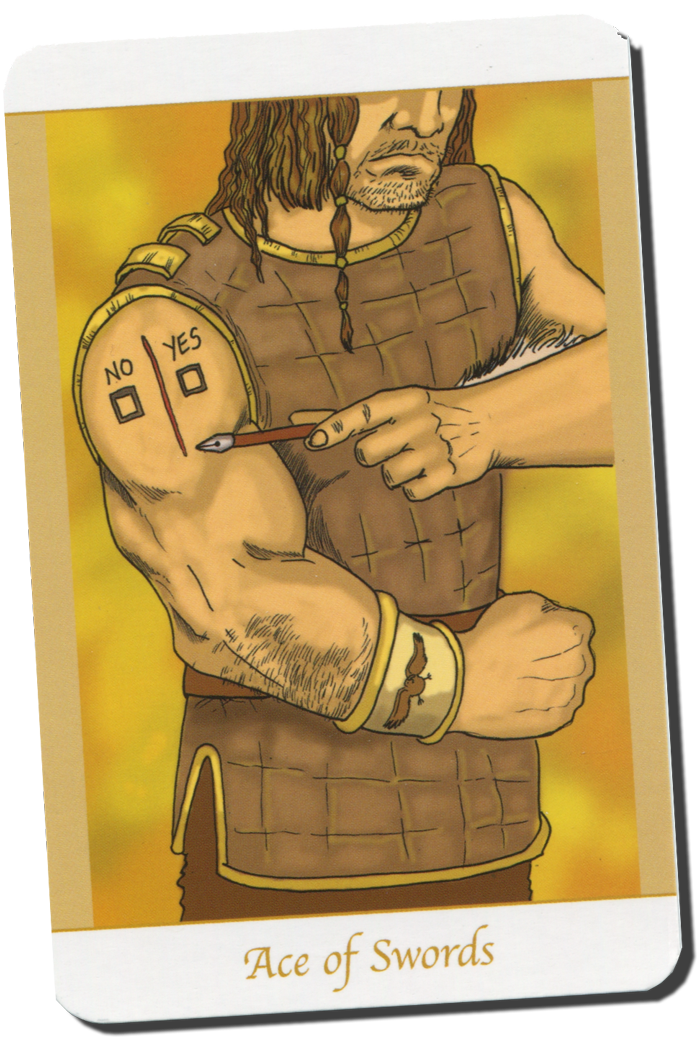 The Hierophant is depicted as St. Francis of Assisi. The Irish influence of the artist, James Battersby, comes through with the Celtic cross on this Major Arcana card. The Ace of Swords has a man pointing to 'Yes' or 'No' tattooed to his arm. This points to the "directness" of the meaning behind the card, for the Ace of Swords cuts through to the quick and can symbolize a fresh start, and an end to wavering and strife. I found this card to be liberating in its artistry. 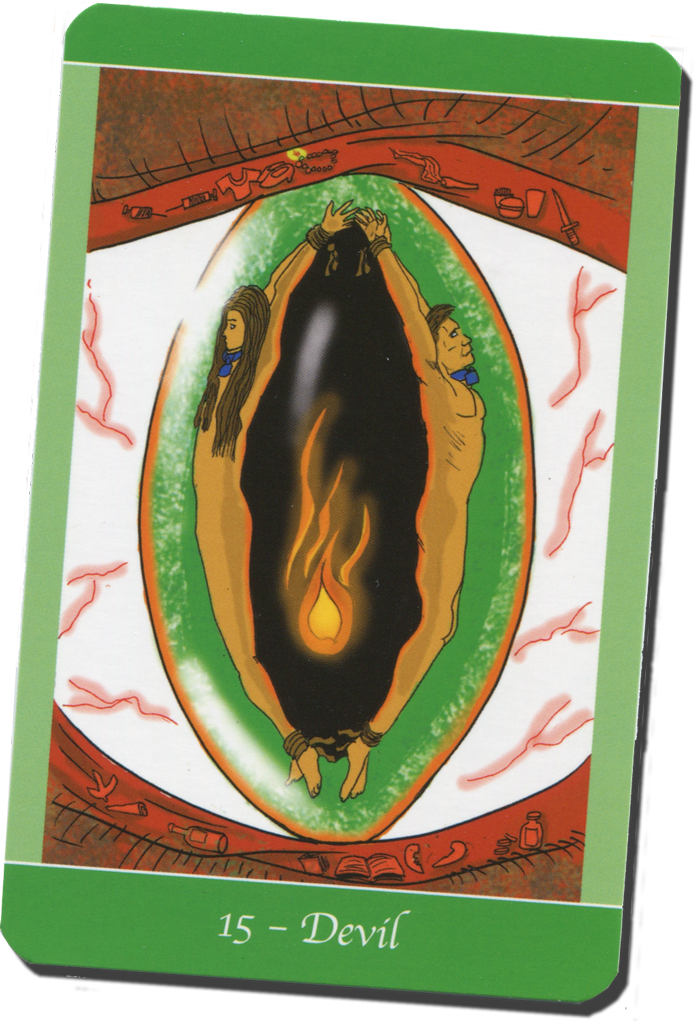 One of my favorite cards in any deck is the card number 15, The Devil. Often misunderstood and mysterious, The Devil can stand for many things, ranging from anxiety to chaining oneself to outdated modes of thinking. In the Simply Deep Tarot deck, both the male and female figures on this card are bound together in what looks like the shape of an eye or yoni. If interpreting this card in the shape of the cornea or center of your vision, it could be revealing one's perception of being bound by some mysterious force to a love interest. If taken as a yoni symbol, which is the Sanskrit word for vagina, you can interpret that the two people are bound together in a purely sexual relationship that is being perceived as being something more committed than it really is. The author, Chanel Bayless, interprets this card as an "insatiable desire running through your veins" which is a delicious way of saying that the emotions that you are feeling can be confused for love! 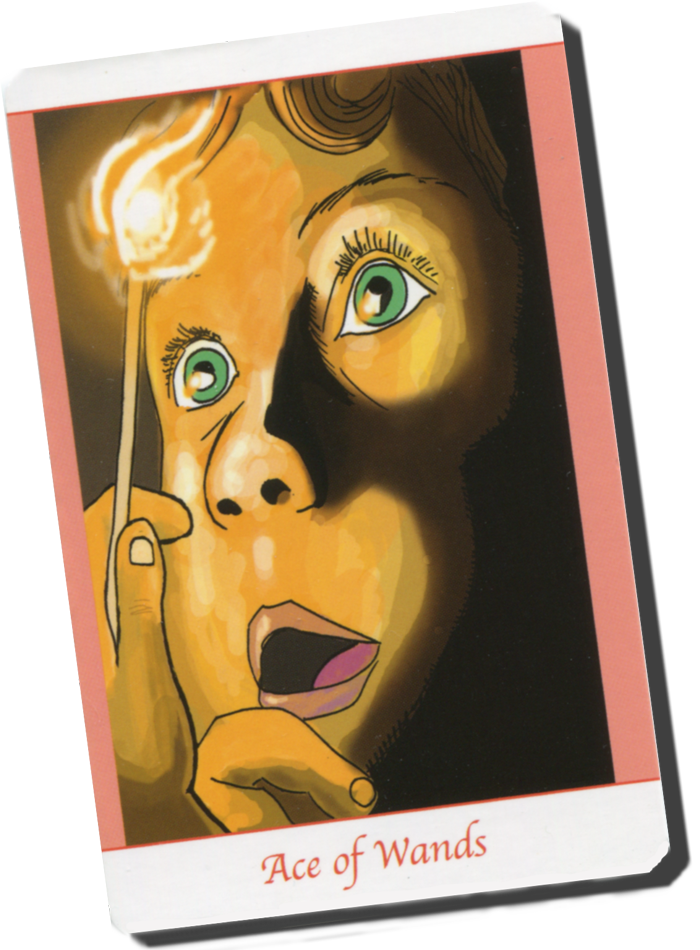 Chanel Bayless believes that understanding the roots of our emotional and spiritual origins gives us perspective on the choices that we have made in life. Perhaps, that is why her deck the Simply Deep Tarot lives up to its name. You need to look deep into the deck and interpret with childlike wonder as depicted in the Ace of Wands, which shows a child who has struck a match and is staring with amazement at the fire created. 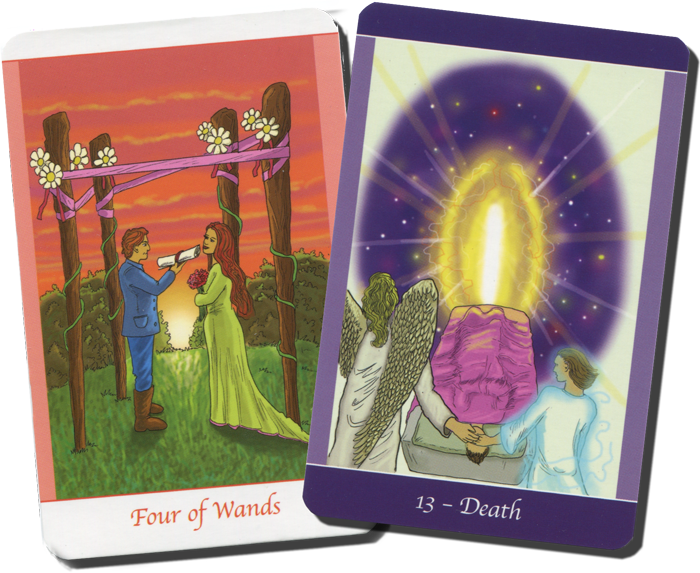 From the Four of Wands that shows a contract being held by a man and handed to a woman, in a sign of commitment, to the 13th card known as Death where the eyes of the deceased are being shielded by angels before the person reunites with the collective Universal Consciousness, the reader will find this is a deck that is relevant and inviting to use.

Karen Hollis is a clairaudient medium and professional intuitive with 25 years experience. She is a sought-after Master Tarot Reader whose clientele come from around the world. Karen is lead psychic medium investigator with Ghosts of New England Research Society. She sees clients in her office in Connecticut or by telephone. 860-665-8024 between 9:00 AM and 7:00 PM Eastern Time to make an appointment.